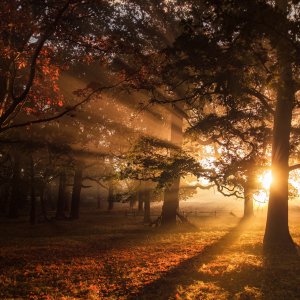 The concept of migration has been a subject of interest to the European and global public for many years, and it especially came to the center of attention during the 2015-16 refugee crisis. But what does the average person think when they hear the word “migration”? In my view, they would think of some negative factors that lead to migrations, such as war and political instability or unemployment and poverty. I think that sometimes these factors coexist, e.g. when the state of war in the country affects the economic situation in the country.

I believe that my experience of migration is precisely a consequence of these factors. The dissolution of Yugoslavia, followed by the imminence of war, led to political instability, which further led to high levels of poverty and unemployment. This resulted in a large wave of emigration during the 1990s. Today, out-migration rates are at an all-time high. As a result, Serbia is facing negative population growth and great potential for further departure of (mostly young) people who want to leave the country (after studies). In my opinion, this is mostly due to better living conditions, better wages, and social protection in Western European countries.

Because of both economic reasons and difficulties finding a job, my mother emigrated from Serbia in 2011. She chose Luxembourg because her colleague had already arrived a few months earlier. In 2012, my sister, having finished high school, decided to follow into my mother’s footsteps. Their process of integration into the Luxembourgish society began primarily with language learning, as well as with seeking accommodation and employment.

My mother, having job security, and seeing the good quality education system, wished for me to continue my studies in Luxembourg. As a result, in 2014 she applied for me to get a family member's residence permit, which was possible because I was a minor. However, I was not confident to go through such a transition. I felt like I already understood a lot about Luxembourgish society, as I was visiting my family during the summer holidays and thought that learning several languages was difficult. I remember one instance in which I went to a grocery shop. Since it was not easy, back then, to find an English-speaking person, I was not able to express myself. That was one of the moments in which I felt homesick. I felt I was not ready to leave the life I had in Serbia, as well as my family and friends. As a result, in 2015, I started studying law in Belgrade.

However, as I began to be more independent and experienced unfairness within the system in Serbia, in May 2018 I decided to come to Luxembourg. I immediately knew what challenges I had to face, such as learning a language and getting used to a society whose main feature are both multiculturalism and interculturalism, which was different from the experience I had until then in Serbia. I studied French in various centers of formation and municipalities, as well as in the "INL" (National Institute of Languages). Since I wanted to continue my law studies in Luxembourg, I knew that one of the conditions for enrolment was level B2 in French, so my goal was principally to reach that level by the beginning of the 2019 school year. I enrolled in law studies at the University of Luxembourg in September 2019, where in the beginning I had serious doubts about my abilities to study such a difficult subject as law in a foreign language. Fortunately, I picked up reading and listening in French quite fast and now I am in my third year.

Having already had both my mother and sister integrated and living in Luxembourg, I was able to concentrate on studying the language without needing to look for a job or accommodation. In my view, the government of Luxembourg proved to be an essential aid in my transition, as it facilitated the integration process. For example, I received multiple language vouchers through various institutions such as ADEM (National employment agency) or OLAI (National Reception Office). In this way I did not have to pay for language courses, and I followed various formations concerning the history of Luxembourg, the fundamental rights of citizens as well as state and municipal institutions of Luxembourg.