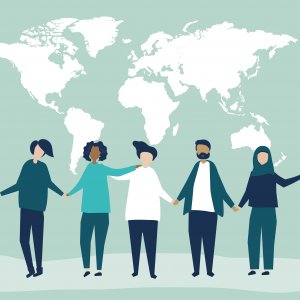 Our names are Ali and Nada and we are peer-researchers in the MIMY project in Malmö. We started in the fall of 2021 in the project and were asked to help out in recruiting possible participants in Malmö (the largest city in the Skåne region) and Österlen (the south eastern rural part of the Skåne region) for focus groups with earlier waves of migrants from Iraq and Somalia. It was a lot harder than we thought it would be. We both have large networks in Malmö among people born in Iraq (Ali) and Somalia (Nada) but none of our friends and acquaintances wanted to be involved. It felt like a lot of people didn't think it was worthwhile; that their voices would not be heard anyway. We ourselves have many times felt the same when we were asked to participate in different studies. After this project, we see more the importance of sharing our opinions and experiences and have experienced that someone is listening to us.

Once the focus groups came to be, they were more or less chaotic. For example, the group interview in Malmö with people from Somalia began with the participants not having understood that it would be a group interview. Several potential participants were also skeptical towards that the interview would be recorded and did not want to sign a consent form. The cultural association that we visited had a gathering outside during the time that the interview was to be conducted. After an hour, Nada finally managed to explain to enough people what was going to happen so that we could begin the group interview with five volunteers who consented to participate and be recorded.

We experienced that some participants sometimes didn’t understand the questions that were asked during the focus groups. However, the exercise with the river-metaphor on a whiteboard worked well when we met physically (and not online) and several participants related to the image of the river as they discussed their life experiences. We also felt several times that they were afraid to say what they really thought since many of them knew each other and did not want what they said to spread outside the group. It seemed like it would feel uncomfortable for someone to stand out and have a dissenting opinion.

Ali experienced how the elderly people in the focus groups with participants born in Iraq talked in the same way as his relatives and parents’ friends always talked at home. Some of them talked a lot about other people and how other people should raise their children, for example. Ali laughed in recognition several times during the interview in Malmö because he thought they behaved so typically. The participants from Iraq had high expectations of other Iraqis who are not as educated as them or live under different conditions. At the same time, Ali did not think that the participants were representative of all Iraqis in Malmö as they were relatively well educated compared to many who live in so-called “vulnerable areas” such as he and his family.

Ali also recognized himself when the participants from Iraq in Malmö talked about how they feel that children of migrants are abusing their rights and freedoms. It is difficult as a foreign-born parent to raise children in Sweden. If they try to raise their children in Sweden in the same way as they have been raised in their countries of origin, problems arise because the situation in Sweden is very different from that in Iraq. The children of migrants from Iraq find it difficult to adapt to the different types of education they receive at home and at school and become confused in their identity.

Nada also, in some ways, recognized how the participants in the focus groups with people born in Somalia talked compared to what she is used to hearing in her family and among her friends. But one thing that didn’t come up in the interviews, for example, was how many Somalis otherwise complain that efforts by authorities aimed at helping migrants to get jobs do not work. Instead, they get caught up in activities that don’t make sense to them and the system locks them into being dependent on low benefits against their will even though they want to get a job and earn better. She had expected that topic to come up as it is a very common topic that many people from Somalia talk about when they talk about jobs. Nada also reflected on how the Somali participants in Malmö were pretty much at the same level in relation to how far they had come in their careers. They also talked a lot about what individuals have to do to get by rather than what society should do differently to support them. A participant in Malmö had lived in Österlen previously but then moved to Malmö. She found it more difficult to get a job in Malmö than it was in Österlen. Other Somalis in Malmö were also more negative towards their chances of getting a job than the participants in Österlen were.

The focus group of people from Iraq in Österlen was just an interview with a couple due to the pandemic. The husband wanted to highlight everything he had gone through and accomplished in Sweden and how he had done without the help of the authorities. For example, he was also very critical of the Swedish Public Employment Service, which he called the “Swedish Public Humiliation Service”, as he felt that they do not help people.

Overall, Ali found it interesting to switch between different worlds or environments. He lives in a so-called "vulnerable" area and he reflected a lot on the differences between the different environments that academia and his home area constitute. There are completely different social rules.

We have both felt that it has been fun to be able to teach the researchers, with whom we have worked, something by contributing with our perspectives. In the project, our feelings and experiences are being listened to and it is not someone else who explains to us what integration is. We learn from each other for real and not just for the sake of appearances. 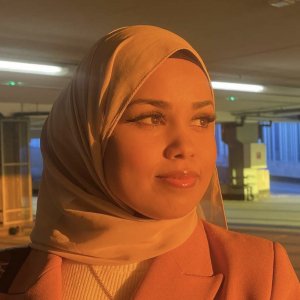 This post is the result of reflections of the group of young peer researchers at the Malmö Universitet.