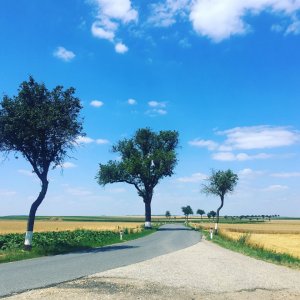 After starting to participate in the MIMY project as a peer researcher, I was asked to join a focus group study with migrants. To be honest, at first, I was a bit skeptical about this method (group discussion moderated by one or two researchers), as I thought it would be much easier for people to be more open and willing to share something personal in individual conversations. But to my surprise this conversation turned out to be so interesting and in-depth that I reconsidered my views on this format. I was an outside observer during the discussion, thanks to which I was able to note their behavior, speech, and narratives.

The focus group consisted of six migrants who had moved to Poland from Russia and Ukraine relatively recently 3-5 years ago. Three people were in a better position in terms of documents thanks to their Polish roots and connections (group 1), the others had to experience all the difficulties of legalization from scratch (group 2). Also, there was a clear distinction between those who had a good education and work experience in their own country and were able to apply for better paid jobs or start a business relatively quickly (group 1) and those who had to start their professional life in Poland from the very beginning (group 2). There was also another clear difference between the two groups: those who had already completed their education and started their careers in their country of origin used migration as a tool to reach a better life (group 1), while those who had achieved their current status in Poland through a more difficult route, moved from their country more out of necessity (group 2). They all feel more comfortable in Poland than in their own countries and in the end, migration helped them to reach a better life, but I see the clear difference between conscious migration and the one due to the circumstances.

According to my observations, the second category of respondents was more open, eager to share the hardships they faced, talked a lot about their difficult experiences and I had the impression that they were ready for anything, any challenge. At the same time, none of them had planned the move to Poland in details, rather it was a matter of "it just happened", "the circumstances were such". The first category, on the contrary, behaved in a more reserved manner, answering more clearly and to the point. They had also faced different challenges, but it was as if they had processed the experience differently. Their move was more conscious, they were clear about what they were doing it for and what the goal was, they were prepared for difficulties. As one woman said, she gave herself three years to adapt and after three years, she knew that her goal was achieved and she already felt good in Poland. Her story is an example of an awareness and a clear understanding of what one would have to endure in order to adapt.

From similar observations shared by almost all migrants, it was difficult for them to find close friends among Poles, as if there is a certain distance, a metaphorical stop sign beyond which it is rather difficult to go. I also noticed this for myself, but I thought it was because of my introversion and shyness due to my accent and mistakes I make when speaking Polish, but it turned out that even those who speak Polish very well feel this distance. Perhaps it has something to do with the fact that Slavic peoples, especially those who survived the oppression of the USSR, have a certain wariness towards foreigners. But, as all respondents noted, with few exceptions, they did not feel any negativity or discrimination from Poles.

Finally, during this discussion I observed how all these people became stronger in spirit, more optimistic and ready to act in their time in Poland, which confirmed to me something that I have long believed: the experience of migration is very empowering for a person’s character and will. 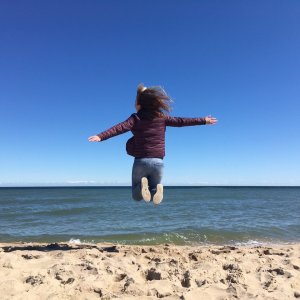 This post is the result of reflections of the group of young peer researchers at the SWPS University. They joined SWPS research team to bring their unique experiences and perspectives as young persons and migrants. They suggested the themes worth exploring in interviews, participants who should be included in the study and shared their impressions from the field thus enriching our team’s work.