A WORLD WHERE INTEGRATION IS NOT NECESSARY (PART I) 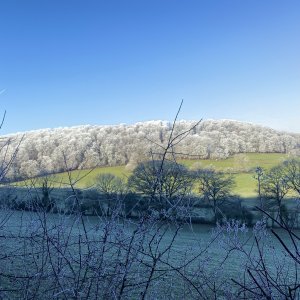 A WORLD WHERE INTEGRATION IS NOT NECESSARY (PART I)

To support explore the topics of migration and youth integration, the MIMY project interviewed young migrants as well as older generations of migrants. As a peer researcher and also a young migrant, I had the chance to participate in these exchanges, which took place both individually and as a group discussion.

The following thoughts come from the discussions I had with first-generation migrants. The ideas you are about to read are the result of reflections and questioning of my perception following the interviews I attended. I have learned so much that I have decided to make this a double article. In this first part, I will first talk about what I understood when we discussed the issues of integration and migration. The second article will focus on the solutions that seemed possible to me to build a plural and diverse society.

When I started participating in the MIMY project, I had only a vague idea of what issues such as migration and integration could hide. I reduced them to my existence and my meagre knowledge. And sometimes I distanced myself from these issues because I didn't think they could reach me in the safety of my home. When I started to worry about all these issues, I remember how vulnerable, sad and above all trapped I felt. Suddenly, I felt like my ambitions and dreams didn't matter because they could never be realized in a world where, because of my skin colour, people would eventually deny me opportunities. I was down and out. Something incredible happened. My doubts were born out of all the questions I, faced in the project and they dissipated in the project. The people I met and their testimonies gave me hope and the strength to believe in myself. My world, which I had started to paint in black, became colourful and alive again. As these people talked about their experiences, obstacles and perceptions of discrimination, racism, integration, migration, my perception changed. They healed me and encouraged me to be myself and to fight not to lose sight of myself. Thanks to them, I can dream again and I feel legitimate again to live and to climb to the top.

Thanks to them, I have changed my inner dialogue forever. They reminded me that my nationality does not define me. Nationality cannot define an individual because, even if we know that a person is Greek, it would still not tell us what kind of person he or she is. A nationality links us to a country, a government and a legal system, nothing more and nothing less. From these exchanges, I understood that the concepts of migration and integration are very vague words that should not even be the subject of such a heated public debate. And even less should they be the source of an identity crisis. What exactly do we mean by integration? And when a person successfully integrates into society, what does that look like? Here in Luxembourg, the question of languages comes up regularly. For example, it is assumed that if a person masters the three official languages, this means that he or she is perfectly integrated into Luxembourgish society. But sometimes this is not enough, because very often a native speaker will reproach us for our accent. I speak French fluently and I went to live in France for a while for my studies. If I apply the logic of Luxembourg to French society, I should have been perfectly integrated into that country. And yet I must admit that I didn't it. It's a beautiful country but the mentality and the culture were a shock. A real trauma that makes me not see myself living in that country at all. So, even though I speak the language of the country, I have not managed to integrate into France. Why not? Because I never felt at home there. This thought has stuck with me with equal conviction because I observed in interviews and focus groups, no one was praising their ability to speak Luxembourgish or the fact that they had a job. I remember a young woman in her thirties who explained that she did not speak Luxembourgish even though she had been living in Luxembourg for 15 years. She especially pointed out that no one ever remarked on it in her job. When she answered the phone and the caller spoke Luxembourgish, she did not hesitate to ask the person to repeat in French. And from her experience, she said that no one ever took offence at having to repeat themselves. And she said she felt at home in Luxembourg. That's when I realized that issues as broad and complex as integration and migration should not be the subject of public debate because they are personal. Integration is a feeling. An integrated person is a person who feels at home in his or her host country. Therefore, I feel that issues related to nationality, integration or migration of an individual are often used as political tools. Of course, I think it is important to offer free language courses to migrants who need them to enable them to settle easily into Luxembourg society. But if a migrant, after learning the language(s) feels integrated, will be a result of his or her personal experience. It is not something that a law or a regulation can bring about.