How to keep swimming without being carried away by the current

How to keep swimming without being carried away by the current

Across the UK we might find people who fled their countries many years ago. By now, they might be British citizens, refugees, or still waiting for a decision from the government. These statuses are very different but they share long periods of stress, uncertainty and damage to an individual's or family's wellbeing and mental health.

As a young person with one of many stories of having migrated to the UK, I had the opportunity to talk to some Albanian women who are in South Yorkshire. I found their stories highly frustrating since they arrived young and full of dreams. They felt that the eight years of waiting for an asylum decision had stolen the best years of their lives. They have been living through a process that has been slowly and painfully harming them; waiting for a decision and depending on something completely out of their hands. They can´t work or do the things that they dreamt of doing in the UK or things that they used to do in their country of origin. Driving is an example, as it used to be a regular activity to take their children to school, that they are no longer allowed to do. Working is another thing that they can´t do, and one that one day they are worried might be too late to do.

Yet these women face these hindrances by volunteering and building bridges with other Albanian women and asylum seekers who arrive to the UK and need a helping hand along the way. One woman also shared that as a way to give back and show thanks to the UK’s national health system, that she has been donating blood for a few years. I found this compassion interesting in a context where they also spoke of difficult social relations. Their blood could very well be flowing in the body of someone who could just as easily be an advocate for asylum seekers as someone who spreads hatred against them.

Meeting these women also taught be about the central role in their entire family´s process, as they are responsible for caring for their children and they walk along this journey with their husbands, who now suffer from the effects of years of living with their hopes dashed. Not to mention the role they continue to play in their extended family´s lives back in Albania. They shared their stories with a sadness in their eyes; probably without knowing how much we admired them but saying that sometimes they don´t want to accept help from others since they want their dignity and pride to remain untouched. It was important to them that there were parts of themselves that remain untouched by this process, one that reminds them that no matter how difficult the process is, each day they are working towards a future.

Listening to their stories made me reflect on my own journey, acknowledge the importance of naming things and giving them a space in our timeline, as well as feeling grateful for the people who walk with me along the river and who have had to provide me with the necessary equipment to keep swimming without being carried away by the current. Their experiences are instrumental if we want to get the whole picture of a complex asylum system, and their voices - among others - need to be included in whatever debate we intend to have on the integration. As these women do, young people both need and deserve to contribute, thrive and live meaningful lives within the society they are seeking sanctuary in. 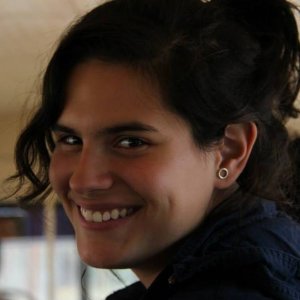 This blog is based on the peer researcher’s experience in the MIMY Project researching with women with longer-term experiences of migration and integration as a part of the work done by The University of Sheffield in the UK. The author is one of six youth peer researchers with migration experiences in their life story. They see their role as supporting the co-creation of knowledge with diverse communities in Sheffield and Barnsley on issues of integration and empowerment.