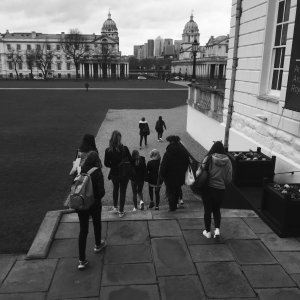 As long as I have manoeuvred around this convoluted space called Earth, representation has always been a hot topic. But nowadays representation of diversity seems to be used as a tactic orchestrated by big think tanks and multinational conglomerates to present themselves as tolerant and inclusive organisations. No matter the true intent behind these supposed “good acts'', there has been a recent surge of representation of people from different walks of life, now being seen and promoted in our media, politics etc. Representation is indeed very important: it shapes the perception of people and can be used as a tool to build understanding and empathy towards the people. But as an immigrant, there always have been these pressures to live above stereotypes. After all having representation comes with expectations, to disprove negative assumptions others make about you, to be exceptional, to be the “perfect immigrant”.

If I were to describe what the “perfect immigrant'' is to people, it would be a person who effortlessly transitions to the society of the host country, or, to be more blunt, someone more palatable to citizens of the host country, a person who is less “threatening” or who contradicts the negative stereotypes associated with immigrants. These types of stories in the media and in real life can often be beneficial; they offer a chance for corrective promotion. Immigrants achieving a level of prestige can become a source of inspiration, as often this archetype makes other immigrants aspire to greater heights - after all, everyone likes a good come-up story, rags to riches. It makes us feel that we too can have an affluent life if we only have a determined mindset. If we only work hard enough, we too can be respected and tolerated in the broader society. But this is the very thing that makes this type of representation faulty: the aim of integration for us immigrants is not simply to navigate life but to appease and validate our consistent presence in the host country. The constant need to be exceptional to be tolerated is something that has been echoed in my life and the lives of other immigrants that I know. The immigrant mentality is something I’m familiar with: the need to hustle and grind for the betterment of your family and be opportunistic in your pursuit to elevate yourself, and in its extreme manifestation, becoming the “perfect immigrant”. As an immigrant, there is a lot of pressure to fulfil these expectations.

This archetype provides an interesting paradox because even though migrants strive to attain this level of success in the host country, success at that very level is deliberately exclusive, and limited: it is the exception but simultaneously the standard that all migrants have to live by. It creates a mechanism by which you're constantly appeasing people to be validated in a system that doesn’t want to accept you. At the same time people who are seen as the “perfect immigrant” face the burden of representing their group’s perspective. There are so few of them that they feel the pressure to open doors and opportunities for the people they represent; especially those who are in places of influence and power.

During my time at MIMY, I had the opportunity to peer into the lives of migrants. One interview that I was involved in and particularly puzzled me was with a highly influential migrant. One thing that struck a nerve with me was his reference to personal responsibility; more importantly, having the necessary mindset to succeed and recognise the importance of personal responsibility of each immigrant to adapt and integrate. Essentially, that is what makes this type of representation respectable; the emphasis on having the necessary mindset to succeed in a meritocratic system. As the interview went on, the interviewee frequently stated that his hard work and determination solely warranted the opportunities that he had in his life. I was highly perplexed by these statements, as he went on explaining his life story. I could recognise external factors surrounding his upbringing that allowed him to benefit and progress but he would see them as negligible factors and not the sole contributor to his success. But is it all about the mindset, determination and willpower that determines success? If it were, why wouldn’t everyone have this impactful mindset? And does implying that all success is due to merit and determination undermine the efforts and lives of people who do not “make it”?

This is why I think the representation of the “perfect immigrant” can be harmful: it can be used as a weapon to criticise other migrants that may not have had the beneficial opportunities that the “perfect immigrant” may have had. In other words, celebrating the stories of the “perfect immigrant” maybe just a deflection technique used to justify the lack of support given by the host country's institution to immigrants overall. Yes, we should not ignore and underestimate personal responsibility in our lives but we need to understand that meritocracy can be seen as a fallacy orchestrated by institutions to deflect their neglect. I believe that there are systems in place to deliberately keep people down. To keep using people that simply slip through the cracks and succeed as moral beating sticks to the rest of us is not only harmful but immoral. Institutions flaunt immigrants that have successfully integrated into the system as distractions and deflect the responsibilities of helping people integrate. Some migrants just do not have the ability to “pull themselves by their bootstrap”, making them susceptible to being vulnerable.

To conclude, if someone were to ask me, who I think the “perfect immigrant” is, I would say: someone who adapts but doesn’t comprise who they are; a person who recognises their privileges and uses them to empower those who can’t empower themselves. We live in a world where our representation is not constructed by us but by the media. That's why I think we immigrants should advocate for our representations and engage in open dialogues that inform people about our experiences, promote representations that are diverse within the group of migrants and encourage institutions to be open to learning from migrants through these discussions. Not only will it bring forth a nuanced portrayal of who we, “the immigrant”, are but break the cyclical stereotypes that we have been bound to. 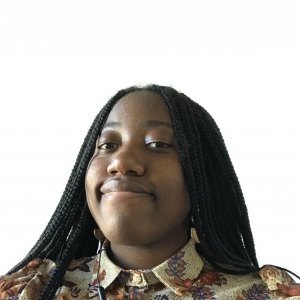